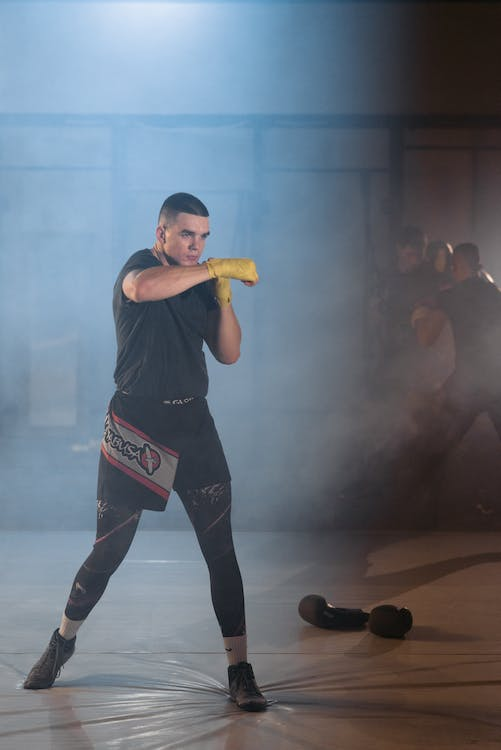 Since it was founded back in 1993, the Ultimate Fighting Championship (UFC) remains the largest mixed martial arts (MMA) promotion company in the world. This global league features some of the most gifted and talented fighters in the world. Like the UEFA Champions League is to club football, the UFC is the most glamorous stage for any MMA fighter in the world and they currently showcase twelve divisions (eight men’s divisions and four women’s divisions), fighting under the unified rules of MMA.

The debate for GOAT (greatest of all time) of the UFC Octagon is a tricky one and unlike most debates that are brought up by fans or pundits, this one is usually amongst the athletes themselves. The UFC involves both men and women, however, for the sake of this argument, we’ll consider only the top male fighters; apologies to the great Amanda Nunes.

The first time I saw the video of young Khabib wrestling with a small bear just ahead of his fight against Conor McGregor; it instilled some sort of fear in me and I wasn’t his opponent. The Russian mixed martial artist went on to defeat McGregor in that bout via submission in the fourth round, as he successfully defended his lightweight championship.

A two-time Combat Sambo world champion, Khabib’s wrestling and judo skills are unmatched, and the combination of those along with his grappling style made him one of the most dominant fighters in MMA history. On October 24, 2020, he announced his retirement from MMA after a second-round victory over Justin Gaethje in a unification bout and the title defense of his lightweight championship. Khabib’s UFC record is a flawless one and reads 29 fights, 29 wins (8 by knockout and 11 by submission).

Regarded by UFC commentator, Joe Rogan as one of the greatest MMA fighters ever, Brazilian-born Anderson Silva has entertained UFC fans with his stand-up fighting style for more than a decade. Despite living in the United States and having only a few fights in Brazil, Silva, the “Spiderman,” is regarded as a Brazilian superstar and favorite for Brazilian odds betting and it’s easy to understand why. Silva holds the record for the longest reign as a champion in the UFC which stands at 2,457 days. During those seven years (2006-2013), the former UFC middleweight champion recorded 16 consecutive victories defeating the likes of Rich Franklin, Chael Sonnen, and Dan Henderson along the way.

If this debate for the G.O.A.T of the UFC happened 10 years ago, Anderson Silva would have been the unquestioned winner considering his impressive record and the level of opposition he dispatched. His MMA record reads 46 fights, 34 wins (23 by knockout), 11 losses, and one no-contest.

Conor McGregor’s greatness extends beyond the walls of the octagon in the UFC. He might not be the greatest fighter on this list, but he’s the greatest showman to grace the sport. The former “Cage Warriors” featherweight and lightweight champion, is notorious for helping make the UFC a global brand with his swagger, braggadocio, and fighting skills.

Conor became the first fighter in history to hold two titles in different weight-class (lightweight and featherweight) upon defeating Eddie Alvarez at UFC 205. The Irishman holds the record for the fastest victory in a UFC title bout after defeating Jose Aldo via knockout in 13 seconds for the Featherweight Championship at UFC 194 in 2015.

McGregor is the biggest draw due to his commercial appeal in the history of MMA, with a record of 5 out of the 6 highest-grossing pay-per-view main events in the history of the sport. His professional boxing debut against Floyd Mayweather Jr. drew 4.3 million pay-per-view buys, making it the second-highest in North American history. McGregor’s MMA record stands at 22 wins (19 by knockout) and 5 losses.

Before going up against Captain America (Chris Evans) as the terrorist Georges Batroc in the movie Captain America: Winter Soldier, George St-Pierre was already a household name and a champion in the UFC. The Canadian mixed martial artist was a two-division champion at some point in his career, holding both welterweight and middleweight championship belts. St-Pierre holds the second-longest combined title streak (2,204 days) behind Anderson Silva and successfully defended his welterweight championship nine times before announcing his retirement on the first go-round in 2013.

St-Pierre returned to the UFC in 2017, defeating Michael Bisping to win the Middleweight championship and becoming the fourth fighter in the history of the company to become a multi-division champion. He eventually retired from MMA in February 2019 and his record reads; 28 fights, 26 wins (8 by knockout, 6 by submission), and two losses.

Ignore the drug scandals and failed drug tests for a minute and just look at his body of work, you would see why Jon Jones is regarded as the greatest MMA fighter of all time and why he’s sitting on the top of our list.

Born to a family of athletes —with his older brother, Arthur Jones, who played in the NFL for eight seasons, and younger brother, Chandler Jones still lining up as an outside linebacker for the Arizona Cardinals— Jones became the youngest champion in the history of the UFC at just 23, after defeating Mauricio Rua in 2011.

Jones holds most of the records in the light heavyweight division of the UFC —most wins, most title defenses, longest win streak, most submission victories and his only loss in the sport came as a disqualification. He ranks no. 1 on the UFC men’s pound-for-pound list which was released in March 2021. His professional record reads 28 fights, 26 wins (10 by knockout, 6 by submission), one loss, and one no-contest.

It was very challenging to choose just five fighters from this league, which has featured some of the best contenders on the planet. There have been many outstanding champions that we were unable to mention. We anticipate seeing more of the most brilliant and gifted competitors enter the UFC.