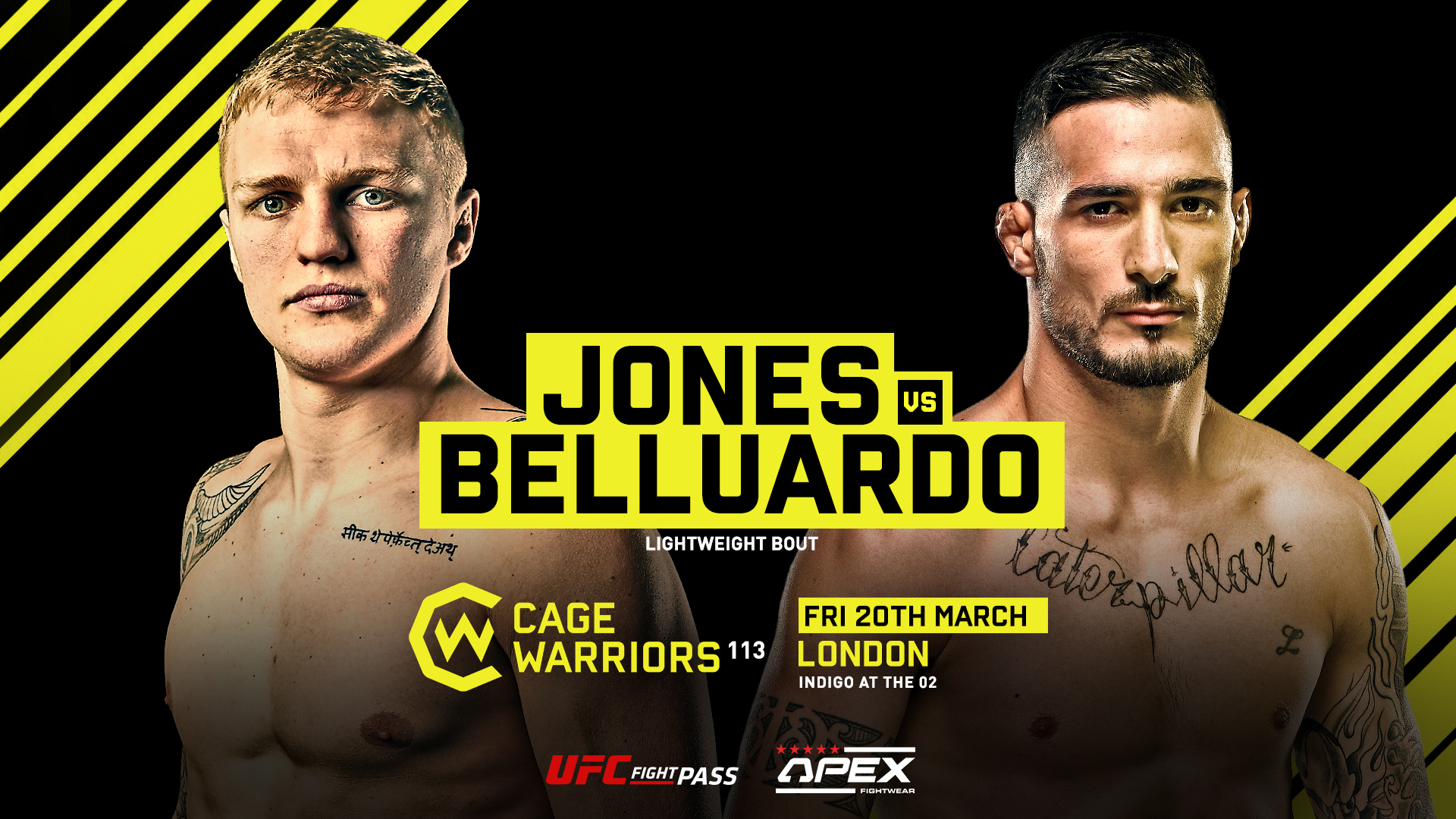 In the biggest fight of his career to date, Welshman Mason Jones gets his first taste of former UFC competition.

‘The Dragon’ remains undefeated in the lightweight division, and was crowned 2019 Fighter of the Year in Cage Warriors’ fan-voted End of Year Awards.

The more seasoned Belluardo enters CW113: London with more than twice the experience of Jones, and is keen to stop the prospect’s rise and prove he belongs at the top of Cage Warriors’ Lightweight division.

Belluardo has competed on two UFC on ESPN cards alongside some of Europe’s very best, including Alexander Gustafsson, Jimi Manuwa and Jack Hermansson.

4 further fights have also been announced for March 20th. 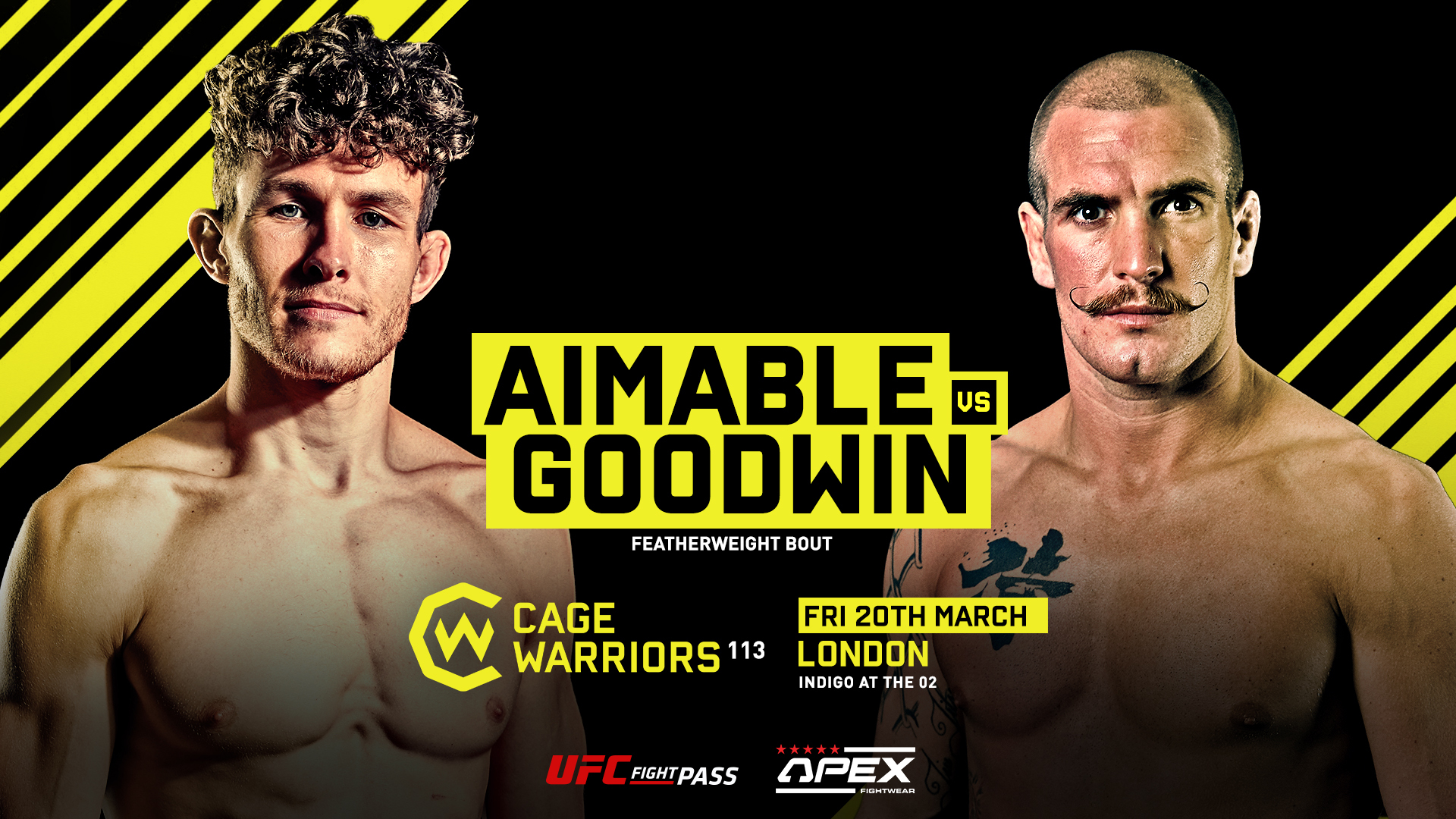 In a featherweight war that’s tipped to be an early contender for 2020’s Fight of the Year, former title challenger Steve “Diddy Kong” Aimable (14-6) will take on Perry “The Predator” Goodwin (9-7). 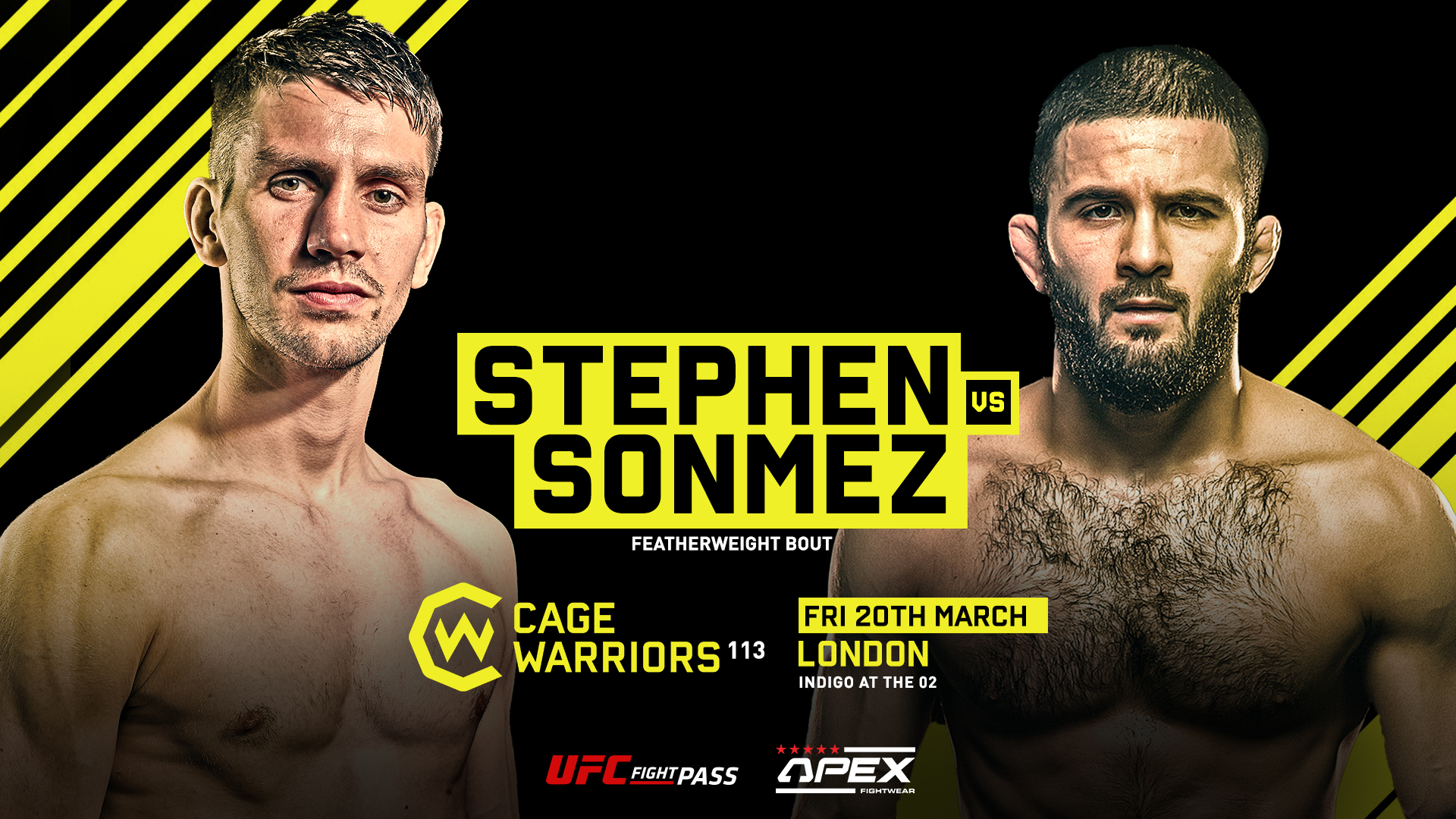 Dangerous Welterweight finishers Håkon Foss (9-8) and Nathan Jones (13-9) will come head-to-head on the same night, and Matthew Bonner (6-5-1) and Jamie “Young Gun” Richardson (8-5) will face off in what’s sure to be a grinding war between two of the Middleweight division’s toughest. 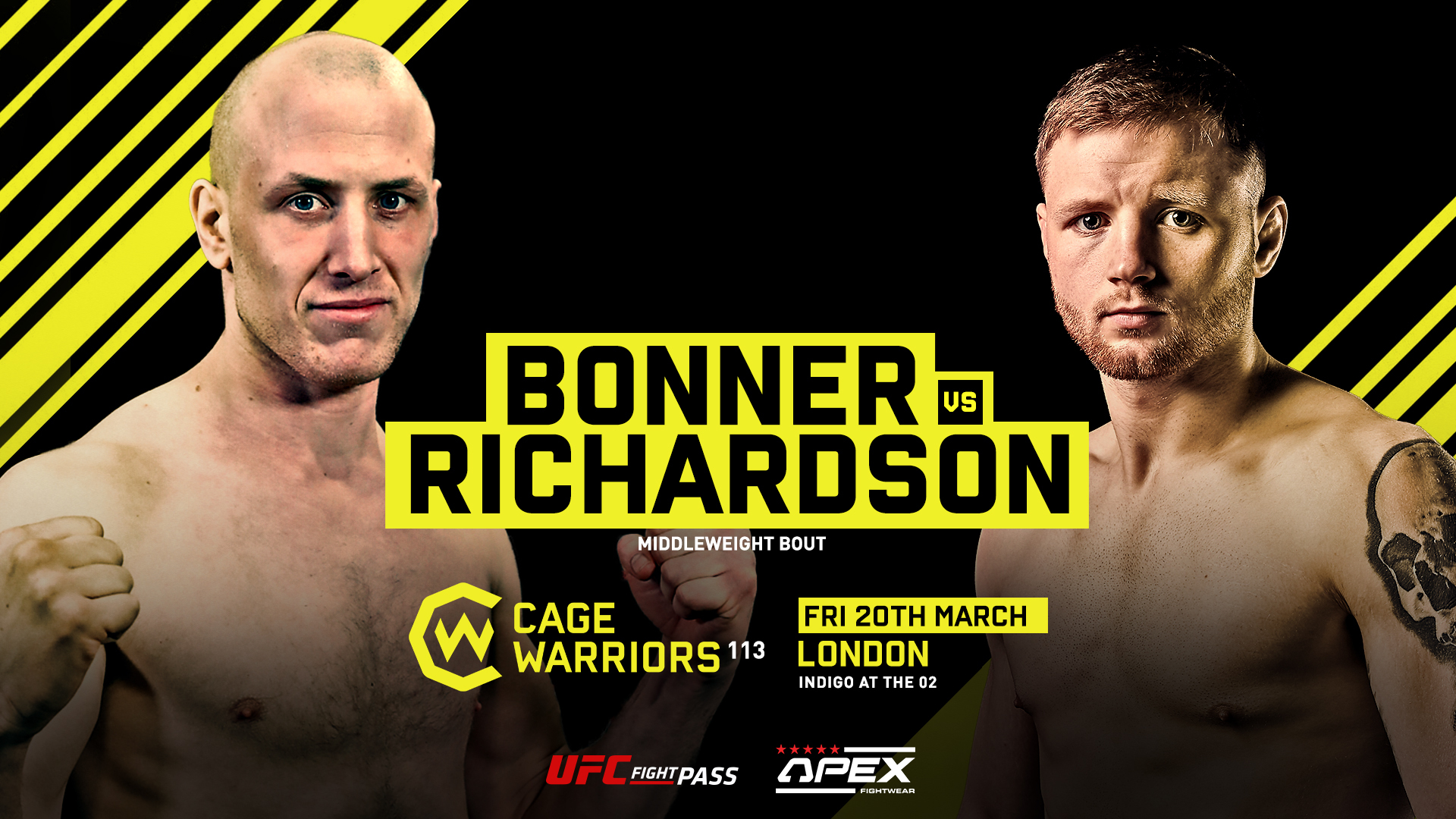 More big-name fights for CW113: London are to be announced in the coming weeks. Already announced on the card are Paddy ‘The Baddy’ Pimblett and Flyweight Champion Samir Faiddine, who takes on Luke Shanks for the title.

CW113: London takes place on Friday, March 20th at the London Indigo at the O2 Arena. The following day, the UFC will hit the O2 on Saturday March 21st, making this the biggest weekend on the 2020 UK MMA calendar.