Cage Warriors battled the most severe snowfall Wales has seen in decades to stage the sell-out #CW91 to a packed crowd in Newport tonight. And what a show it was.

In CW91’s main event, Josh ‘Crazy Horse’ Reed was beaten to the punch by Belgium’s Brian Bouland, who connected late in the first round with a huge strike from top position that crushed the Welshman’s hopes of a home win. This was a stunning showing by Bouland, with many fans calling for him to return when Cage Warriors hit Belgium for CW94 on June 16th. 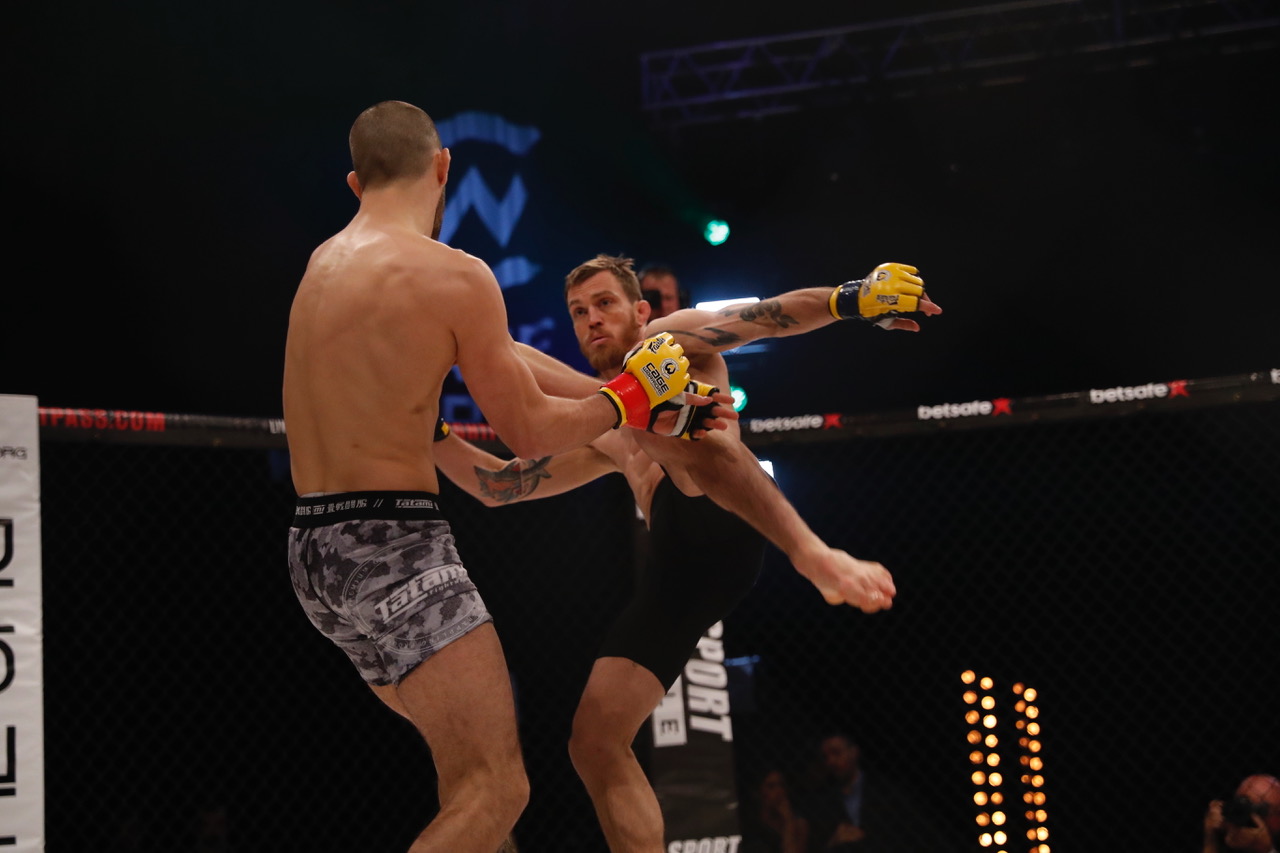 Cory McKenna opened up the CW91 main card with an incredible stoppage win over Italy’s Maria Vittoria Colonna in her pro debut. McKenna, just 18 years of age, had been training with UFC legend Urijah Faber in the lead up to the fight, a tactical move which paid off and saw her take a victory that’s had the MMA community talking all night. Watch this space.

Second up was a bantamweight contest between Kris Edwards and Gavin Kelly, which saw Edwards put on a striking clinic to overpower Kelly in the clinch and eventually end the fight with a devastating string of punches. Following this, Belgium’s Donovan Desmae knocked out Richard Williams with a clean right hand followed by some heavy shots on the ground. It’s been a huge night for the Belgians!

CW91’s co-main event ended in a win for Ross Houston, who faced Aaron Khalid for the second time in a fight which once again showcased Houston’s well-rounded style and Khalid’s incredible toughness. A great back-and-forth battle ending in mutual respect between both warriors, who travelled from some of the worst-hit parts of the country through this weekend’s severe weather to put on a show for the fans. On the undercard, still-undefeated Welsh prospect Mason Jones picked up a notable win,  defeating Lawrence Tracey by TKO in the most impressive performance of his career. Phil Wells defeated Dan Cassell, and Scott Malone took home a victory over Jason Jenkins.

Cage Warriors would like to thank every fighter and fan who banded together to make CW91 such a success tonight. The promotion are back in less than a month’s time for CW92: Super Saturday, a night which will feature 3 world title fights across 2 main cards at London’s Indigo at the O2 arena on March 24th.

Help us sponsor fighters by joining the #FightBookMMANation. Want to learn more on how WE can help these fighters get sponsored so they can pay for Travel, Hotel, Gym Time, etc.? Than you need to go here.