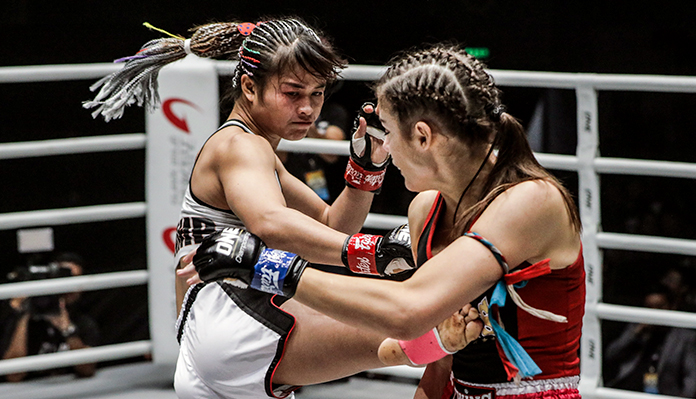 Two-sport ONE World Champion Stamp Fairtex is about to embark on her mixed martial arts journey once on August 16 at ONE: DREAMS OF GOLD when she faces Asha “Knockout Queen” Roka at the Impact Arena in Bangkok.

Stamp’s first professional mixed martial arts match was back in July 2018 in Rick Franklin’s ONE Warrior Series. She finished her match with Rashi Shinde from India quickly with a head kick in just 19 seconds. A year since then, she has dominated the aomweight division of ONE Super Series holding titles for both Muay Thai and Kickboxing. The 21-year-old is now in pursuit of a third sport’s title.

“I am very excited that I finally get to fight in an MMA match again,” Stamp said.

“I have prepared myself mentally and physically for this upcoming match. My journey for a third sports title is about to begin and  I am ready to face anyone.”

To help Stamp succeed in mixed martial arts, the team at Fairtex gym taught the Thai native new skills and did research on Roka, who owns a 100% finishing rate.

“Roka has a strong boxing skill and she can knock anyone out,” Stamp said.

“I have been improving my movements in the fight to make sure that she will not land her blows. As for my ground game, it will be fun. I don’t want to reveal too much but I have a special surprise for her and the fans as well.” 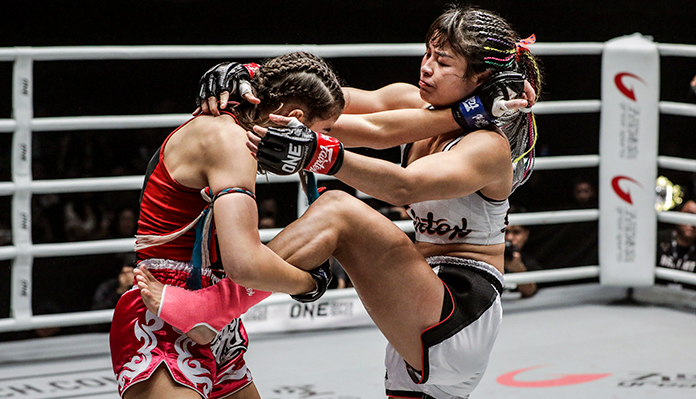 Though new to mixed martial arts, Stamp will enter the match confident knowing that there are some similarities to her main disciplines.

“I like to compete in MMA because I find similarities with Muay Thai like clinching,” Stamp concluded.

“I can really do well in a clinch and in this sport, I can stay longer in a clinch and wrestling position where I can dominate. I am really excited about this match and I am doing everything I can to be well prepared for it.”

YOU MAY HAVE MISSED