Since its inception in 2002, IMPACT Wrestling, a subsidiary of the leading independent global multi-platform media company Anthem Sports & Entertainment Corp. Inc., has established itself as one of the largest professional wrestling organizations in the world and the premier destination for wrestling fans across the globe. Now, viewers in Argentina, Bolivia, Chile, Colombia, Costa Rica, Dominican Republic, Ecuador, Guatemala, Honduras, Mexico, Nicaragua, Panama, Peru, Paraguay, El Salvador, Uruguay and Venezuela will be able to enjoy the IMPACT Wrestling Channel’s hard-hitting programming lineup on Pluto TV—providing them with new and exclusive Spanish-language content made specifically for the channel, and giving them unprecedented access to IMPACT’s powerful library of epic matchups and unforgettable victories. 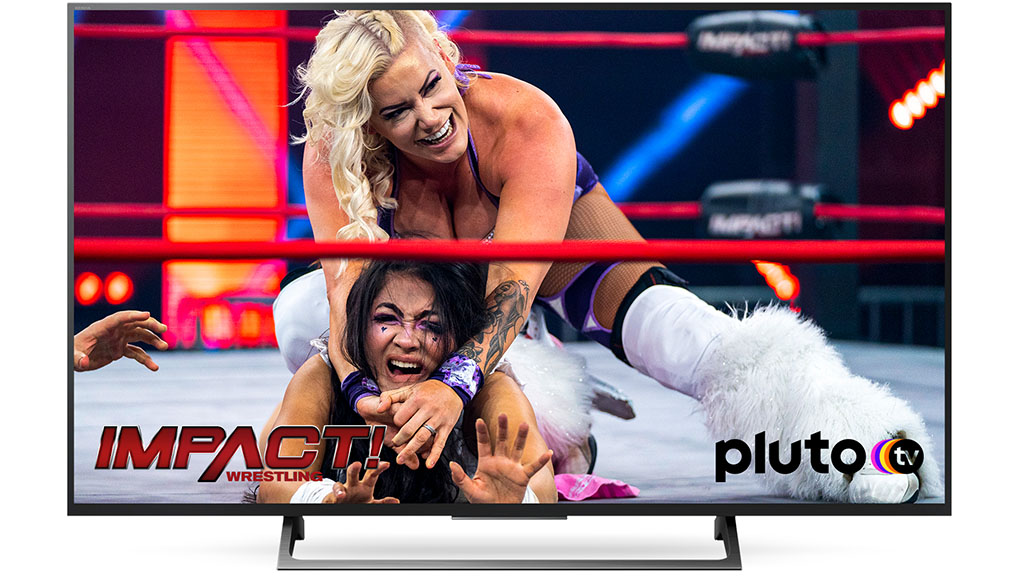 “This announcement represents a continuation of IMPACT Wrestling’s successful partnership with Pluto TV, as we launch the IMPACT Wrestling Channel in Latin America for the first time,” said Ed Nordholm, President of IMPACT Wrestling. “Professional wrestling is incredibly popular around the world and we are committed to delivering more of the high-quality content viewers crave to all corners of the globe. Joining forces with Pluto TV gives us the perfect opportunity to do this, effectively enabling IMPACT Wrestling to broaden our reach to an even wider audience.”

Viewers across the globe can watch IMPACT Wrestling content on a variety of platforms and devices including the IMPACT + Plus SVOD service and digital channel; on the promotion’s highlight-packed YouTube Channel; and on twitch.tv. IMPACT Wrestling can also be seen throughout the United States via Anthem’s AXS TV, one of the nation’s largest independent cable channels as well as on Roku devices and mobile iOS and Android apps. IMPACT Wrestling is broadcast globally in over 120 countries.